The story of a machine and the ghosts we all carry within us.

AVAILABLE SOON ON DEMAND AND ON DVD. 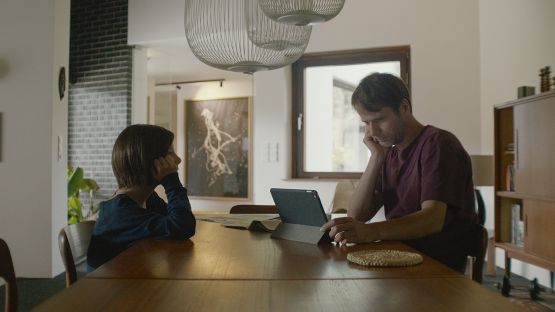 Elli is an android and lives with a man she calls her father. Together they drift through the summer. During the day they swim in the pool and at night he takes her to bed. She shares his memories and anything else he programs her to recall. Memories that mean everything to him but nothing to her.
Yet, one night she sets off into the woods following a fading echo.

Showing at these cinemas:

…a groundbreaking study in the psychology and emotions of robot technology … marks Sandra Wollner as the most exciting European auteur of the year.
-SIMON FOSTER, DIRECTOR SYDNEY SCIENCE FICTION FILM FESTIVAL-

Wollner dismantles our cinematic understanding of artificial intelligence and leaves us with something much more frightening; a mirror into what makes us human.
-HUDSON SOWADA, DIRECTOR FANTASTIC FILM FESTIVAL-

..a distinctive and stylish film, ruminating on the existential human experience, memory, and emotional attachment. Sandra Wollner has found a unique cinematic approach to the notion of seeking avenues for transcendence via android means.
-PETER KRAUSZ, MOVIE METROPOLIS-

Austrian director Sandra Wollner’s disturbing, unsentimental vision of the fracturing effects of technology on human life and memory is both compassionate
and unsparing, and vivid in its hard-to-shake imagery.
-NEW DIRECTORS NEW FILMS 2020-