FEBRUARY 10 In all the best cinemas! Watch this space.

Yusuke Kafuku, a stage actor and director, still unable, after two years, to cope with the loss of his beloved wife, accepts to direct Uncle Vanja at a theater festival in Hiroshima. There he meets Misaki, an introverted young woman, appointed to drive his car. In between rides, secrets from the past and heartfelt confessions will be unveiled. […]

PLUS Live Mexican Wrestling from Melbourne’s own LUCHA FANTASTICA 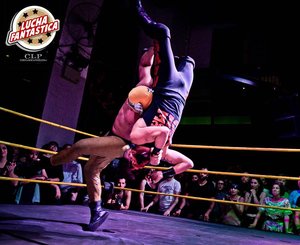 The Batwoman AND Santo and Dracula’s Treasure DOUBLE FEATURE

THE BATWOMAN. A mad scientist (who else?) tries to breed a mutant being between fish and wrestlers!!! To see how it works drops a Ken doll in a fish tank where a goldfish swims happily and nothing happens. […]

An unexpected love triangle, a failed seduction trap and an encounter that results from a misunderstanding. WHEEL OF FORTUNE AND FANTASY explores three female-centred short stories thematically linked by coincidence, regret, and imagination.

“In the place where dialogue and words usually end, the dialogue of this film only begin. That’s when they go deeper, […]

A video goes viral. It shows a man and a woman having sex while wearing masks. The woman is, nevertheless, identified. Too bad she is a teacher and supposed to be a role model. And this, moreover, in a (post-socialist but ultimately any) society that is about to get lost in a social network discourse of would-be healing squeaky-clean attitudes, […]

A charming, funny and biting comedy from Brazil. Over the timespan of three Christmases, Three Summers charts the progress of an irrepressible housekeeper as the fortunes of her rich and corrupt employers fail. A film for everyone who loves to see the rise of the underdog.

Three Summers charts the progressive chronology of a working-class rebellion, spearheaded by a charismatic domestic employee whose constant yet feigned state of happiness belies a great personal trauma. […]

The Cliff is a dramatic mystery about a Reykjavik Crime Detective who is sent to a small rural community in Iceland to help a young local policewoman investigate a suspicious accident. Together they unravel a mystery that involves bizarre incidents and unexplained deaths, happening against the backdrop of a controversial hydroelectric project in Iceland.

The Reykjavik crime detective, Helgi Marvin Runarsson is assigned to work with the local police at the Snaefellsnes Peninsula, […]

Lauded as the #1 GREATEST MOVIE OF ALL TIME!

When a reporter is assigned to decipher newspaper magnate Charles Foster Kane’s (Orson Welles) dying words, his investigation gradually reveals the fascinating portrait of a complex man who rose from obscurity to staggering heights. Though Kane’s friend and colleague Jedediah Leland (Joseph Cotten), and his mistress, Susan Alexander (Dorothy Comingore), shed fragments of light on Kane’s life, the reporter fears he may never penetrate the mystery of the elusive man’s final word, […]

WILD THINGS follows a new generation of environmental activists hell-bent on saving their futures from the ravages of climate change.

Armed only with mobile phones, this growing army of eco-warriors are mobilising against forces more powerful than themselves and saying, enough.  From chaining themselves to coal trains, sitting high in the canopy of threatened rainforest or locking onto bulldozers, their non-violent tactics are designed to generate mass action with one finger tap.

Against a backdrop of drought, […]

Elli is an android and lives with a man she calls her father. She can recall memories of beach holidays and anything else he programs her to remember. […]

During the day they drift through the summer and at night he takes her to bed. Designed to resemble one of his memories, she seems very much alive -sometimes, she even seems to dream and yet, she remains a machine, a container for those memories that mean everything to him and nothing to her.

The seeds of a new society of peace and freedom, the Montessori way.

Curious to see how the Method works first hand, filmmaker Alexandre Mourot sets his camera up in the oldest Montessori school in France (with kids from 3 to 6) and observes. The teacher remains discreet.  Alexandre was warmly welcomed in a surprisingly calm and peaceful environment, filled with flowers, fruits and Montessori materials. He met happy children, who were free to move about, working alone or in small groups. Some children were reading, […]